The ASO (App Store Optimization) is the procedure of enhancing the app appearance in the search typebars of app stores. However, as a developer, you have heard of it already, probably. And you should have heard also that ASO is one of the wisest ways of acquiring quality traffic, boost your visibility and lower the metrics related to uninstallation. But you could not know that it’s extremely important for the efficiency of your ASO strategy to make an investigation about your competitors’ apps. You may ask why? Find it out below. 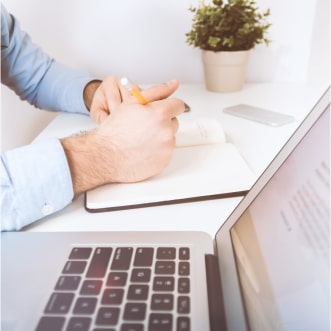 Be aware of each step of your competitor

The ASO process consists of several factors. Examination of the competition, their rate in the app stores’ rankings is one of those factors. During the examination of the keywords used by your SEO competitor, it’s possible to identify the conditions helping your app to increase your rankings. Even if you have developed your app to meet all the audience’s segments, or if it is targeted for a certain niche of the market investigation, the factor of visibility within the stores is always a competitive one.

Perks of analyzing the apps of your competitor

It’s really essential to find out how competition works within the stores because it allows you paying more attention to your competitors.
What are the best ways to track the moves of your competitors?

It means that your app has the same features and similar functionality as someone else’s. Sure, such apps fight for the first spots in searches for certain keywords. Usually, such keywords are those describing the feature of the app the best.
One of the best examples of the above-mentioned competition is messenger, hangouts, and WhatsApp. They do not also compete for particular keywords (“conversation”), but also for the same target audience.

The best way to monitor that type of competition is to use the category ranking. You have a possibility to enlist the presented apps by typing the keyword, which specifically describes the functionality.
According to this, you have to verify the elements of the app page in the store, analyze all the situations, and download the app. It means you should get a feeling of the face of the enemy.

Using keywords rankings is the best way to track such competitors. You can follow the conditions in which those competitors research ahead of you. After that, you can use them in the content of your page. It’s really important for your app to find your competitors by traffic and track them thoroughly.

That type of competition is the most common and the most complicated. It contains both factors mentioned above. The best example of that completion is such apps, as EasyTaxi and 99Taxi. They both have the same functionalities, visual communication, and render the same services. They use the same words in their app stores and because of that are even more similar. When you want to get the first spots, it’s really a tough task when it comes to that kind of competition.

The best recommendation to track and achieve the best results is to follow four-five apps for several weeks. That’s not easy, it’s necessary to work hard and make an analysis of several pages daily. It will be necessary to check thoroughly the influence that this has on keyword rankings and track whose search index is high. After that, you’ll have all the information for finding those apps which are your direct competitors by users or by keywords.

It’s necessary and very important for your app to be aware of your competitors always. Once you do start doing it regularly, you are able to make your ASO strategy started earlier much better. With that information, you will be able to be a leader within the stores. Our aim is to help you win your battle for visibility in app stores.

We analyze your competitors with special attention; it helps us find new ways and approaches to your app optimization. Those who know their enemies are always ahead of everyone.
Enjoy our tips and try the perks of optimizing your app with us!